I have always been drawn to the paintings of Vincent Van Gogh. I love his use of color and his thick brush strokes. In college one of my wall decorations was a framed poster of the painting Cafe Terrace at Night. He takes ordinary beauty and makes it extraordinary, almost whimsical. As with many artists and creative types, he had an ability to touch beauty in a unique way. Unfortunately, the risk it took for Van Gogh to do this came at a cost to him personally.

I have a new appreciation for some of his personal struggles after watching the film Loving Vincent. In a way the film is a tribute to the letters he wrote to his younger brother Theo and to the strength of their relationship. He always signed his letters, Your Loving Vincent. It was a saving grace that he had such a strong connection to this brother, because otherwise he wasn’t connected very deeply to anyone. He had a tragic story. He was the oldest child born to a Dutch pastor. He was born one year (almost to the day) after his mother had a stillborn baby. He was even named the same name as the baby that died, which feels like a sick joke. He likely felt he could never measure up as a son after such a deep loss and hole filled the hearts of his parents.

Loving Vincent is a creative film made with over 65,000 frames and over 1,000 canvases of hand painted oil drawings that give tribute to Van Gogh’s paintings. It is the first fully oil painted film. The film is a narrative that occurs one year after his death.  The film promotes the idea that even though he said he shot himself in an act of suicide, it was likely that he was shot by a 16 year old bully by a gun that might have misfired. Many facts point away from the likelihood that he killed himself. He had just written an upbeat letter to his brother. He was ordering more supplies for his paintings and those around him said he had a calm and upbeat demeanor. His bullet wound was in his lower abdomen. It is unlikely that if he were trying to kill himself that he would have shot himself in a place so awkward. It is also unlikely that he would have walked the mile home from the field (that he was supposedly at) to make it back to the room that he was renting. Who would go to that much trouble to make it home if they were trying to kill themselves? 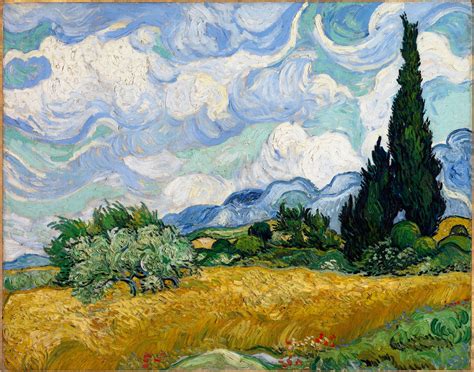 So the unanswered question then is why would he have covered for this bully? It is likely that he suffered tremendously and there was a part of him that felt relieved that he had a ticket to die. Maybe he was tired of fighting the voices of the bullies who told him he was crazy, stupid and strange. He may have struggled with Bipolar Disorder. I have observed that people who struggle with Bipolar Disorder have the ability to feel and display profound beauty which is a taste of heaven, yet they can feel deep despair and hopelessness, which is a taste of the suffering of hell.  His paintings reflect this taste of beauty. His tremendous suffering and emotional turmoil point to the hell he endured.

The film walks us through his challenges. It was likely that he wanted to please his father who was a pastor. He briefly became a pastor but was fired after only a year. After he was fired he decided to pursue his art. While he thrived as a painter personally, he wasn’t “successful” based on the fact that he wasn’t receiving much income, nor was he receiving much recognition. He was relying on his brother Theo to help him financially. This must have weighed on him. During his lifetime he only sold a handful of his paintings. His artwork started becoming recognized right around the time of his death. He was only 37. He probably died feeling like a failure. He was lonely. He offered four marriage proposals to women he cared for and was turned down each time.  He settled by turning to prostitutes and the bottle.

One of the most striking things that the film pointed out was how often Van Gogh was bullied by people in his community.  Bullying recklessly tries to tear down and destroy the dignity of another human being and is driven out of a desire for power. The bully tries to instill fear in others and destroy their sense of self in an effort to make themselves feel more valuable.

Bullying is more of a problem than ever in today’s world. It is all too common to read stories of people, especially young teens who kill themselves after enduring the terror of bullying and feeling hopeless and trapped. As a counselor I hear stories all too often of the damaging effect of bullying on many of my clients. In fact, with one of my clients it is the very thing we are currently processing. We are grieving all the hurtful comments she endured beginning in third grade and lasting through high school. Those words still cut deep even though she is an older woman now. This is what she said about the ramifications of bullying in her life. “Bullying ate away at my self confidence. I didn’t have any confidence. It tore away at my soul and made me believe all the lies I was being told. The sad part is that it became a normal part of life and wore me down to the point where I anticipated bullying from the general public. It was a fear I lived with all the time.”

We can all relate to moments of being torn down or being made to feel small and insignificant by others.  We all struggle with loneliness and feeling disconnected from others. This life is but a shadow of how things are meant to be. As we meet fellow sojourners it is essential that we show love and kindness to each other. We need to show grace to the person next to us. We are all a reflection of God’s holiness and beauty. We need to strive to be Theo’s in other people’s lives. I believe that if there hadn’t been a Theo there might not have been a Van Gogh as we know him. Theo was the voice and heart of support to Vincent.  We can be the ones who believe in and support the creative endeavors of others,  help fight the negative voices that we all have to fight against, and help be a light in the darkness to others. We should strive to be the ones who tell others: Your life matters. Your talents need to be used. You are worth it. Your life matters. You have unique value. You are special. God is pleased by you. You reflect a holy creator. You are making a difference.

The inspirational poet Maya Angelou encourages us to, “be a rainbow in someone’s cloud.” I’m inspired by the relationship between Theo and Vincent and how their brotherly love changed each of their lives.  Millions of people have been encouraged and inspired by Van Gogh’s art because of the power of this brotherly love. I believe Van Gogh’s beautiful artwork and its legacy is a testimony to how he allowed the power of love and beauty to surpass the power of the darkness.